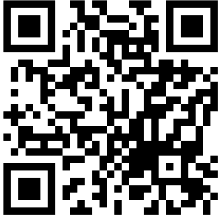 Because the food itself is rich in nutrients, it is easy for the microorganisms to breed and reproduce in large numbers. Therefore, the food is inevitably contaminated by microorganisms in the environment during production, packaging , storage, transportation, and sales. Microorganism growth, food appearance and intrinsic quality will deteriorate and lose food value. Consumers may easily cause food poisoning, gastrointestinal diseases, and even death after eating . Therefore, the use of preservatives is crucial for the preservation and storage of foods . Candied fruit, preserved vegetables, candy, vinegar, soy sauce, bread, cakes , beverages, meat products and other dozens of foods are allowed to add preservatives.

Jiang Liping said that many people mistakenly believe that preservatives are opposed to food safety, which clearly exaggerates the hazards of preservatives and is a misconception of food preservatives.
In fact, at present, China has approved 26 kinds of food preservatives that are allowed to use. Most of them are low-toxicity and highly safe varieties. They have undergone a lot of scientific  experiments before they are approved for use. There are animal husbandry and toxicological toxicology tests. Identification. As long as the food preservatives used by food manufacturers are strictly  controlled by the variety, scope, and maximum use of food preservatives within the scope of GB 2760-2014  "Food Additives Use Standards  ", they will not cause any acute, sub-acute or chronic harm to the human body . , can rest assured that food.

For example, potassium sorbate is a world-recognized high-efficiency and low-toxicity preservative. It is an unsaturated fatty acid that can normally participate in human metabolism in the body. Basically, like natural unsaturated fatty acids, it can be decomposed in the body to produce carbon dioxide and water. The use of high safety within the scope of the human body does not harm .
Experts reminded us that we must correctly understand and rationally treat preservatives in food. We should not blindly pursue  " preservative-free " foods,  nor should we  "talk about discoloration of preservatives." As far as possible, buy products that are reputable and whose quality can stand the test of the market. Because the preservatives used in such products are more prudent and safe to use , the labels are often more realistic. Special populations such as children and pregnant women are advised to use foods containing natural  preservatives as much as possible. Do not eat or eat too much foods that use chemical preservatives .